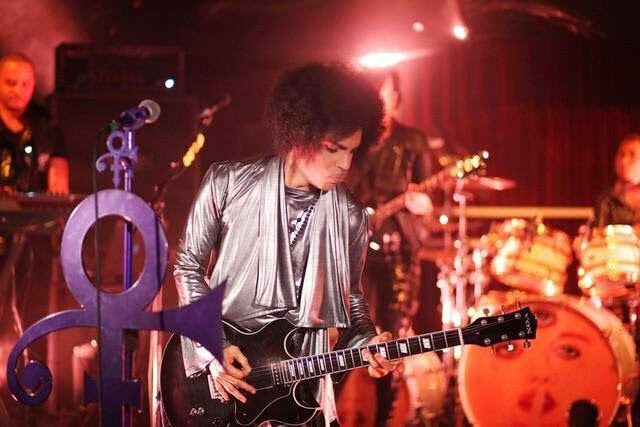 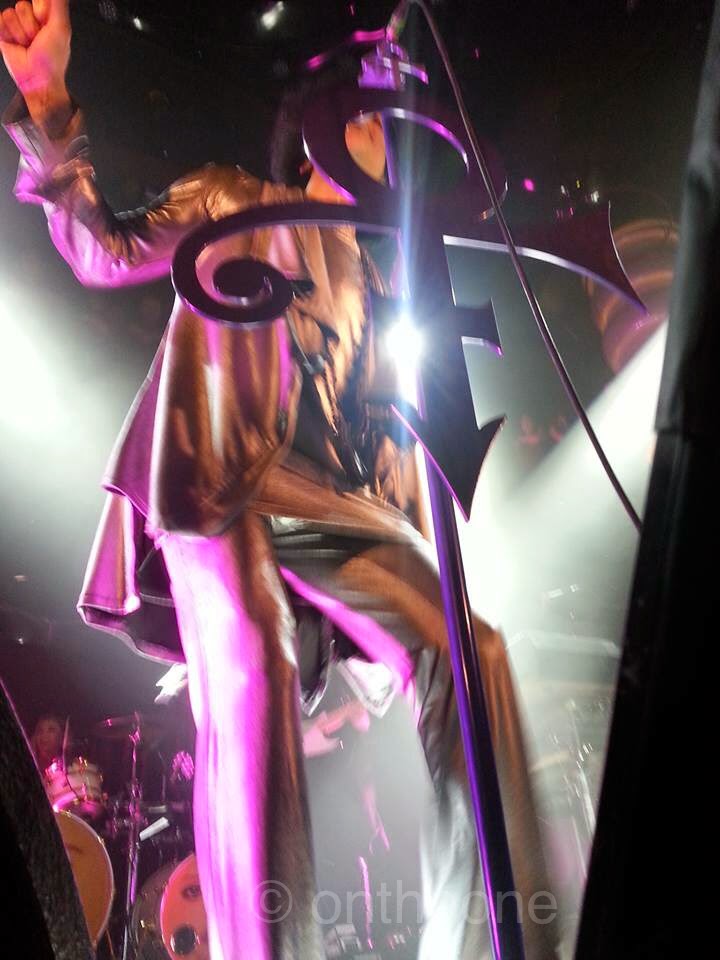 Less than 48 hours after leaving London on a purple high, Prince and 3rdEyeGirl setup shop in the exclusive Pacha Ibizia, Dubai in the United Arab Emirates.  By all accounts this was an intimate but explosive gig.  With the crowd close enough to reach out and touch that iconic mic stand the setup sounds like one of Prince's iconic aftershow parties.

Just like the show in London this was a benefir show supporting the work of Autism Rocks, Which was setup by Sanjay Shah.  You can read a great article on the work and inspiration behind the charity here

Unlike the show in London, which saw queues around the block, this gig was a smaller afair with the glamorous crowd turning up fashionably late.  Chilling by the pool, rather than queueing in the cold was the pre-gig preparation 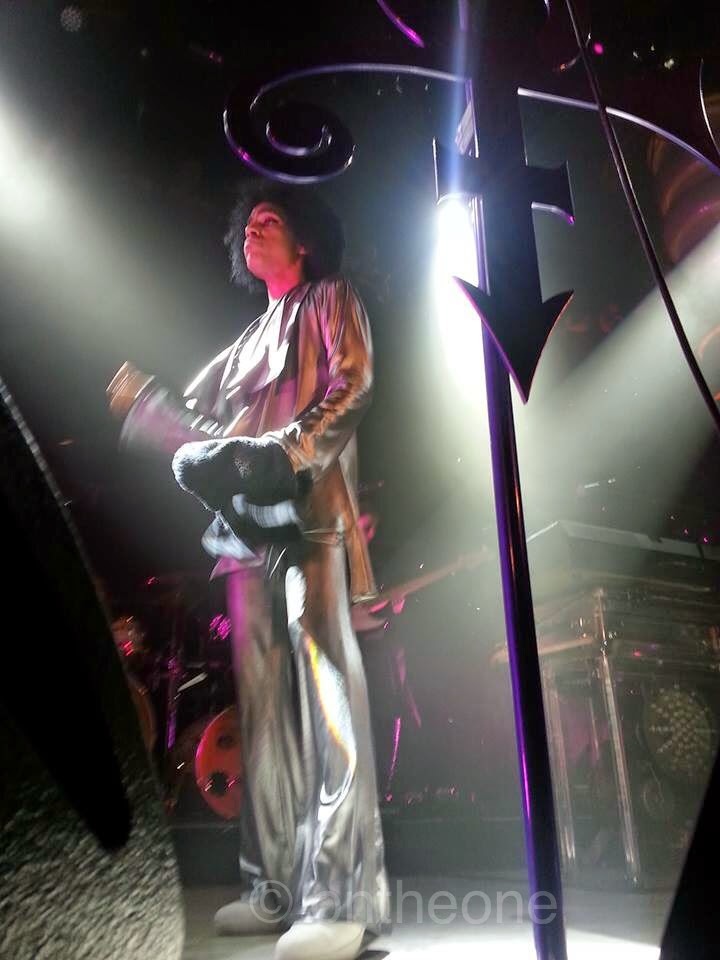 Once again, Liv Warfield was in the house performing Paloma Faith's Only Love Can Hurt Like This.  Other highlights included Pink Cashmere, Empty Room, The Beautiful Ones and an extended version of PretzelBodyLogic with a 10 minute keyboard improvisation.

Reports indicate that Prince was in a relaxed an playful mood, joking with the crowd and threatening to stage dive. 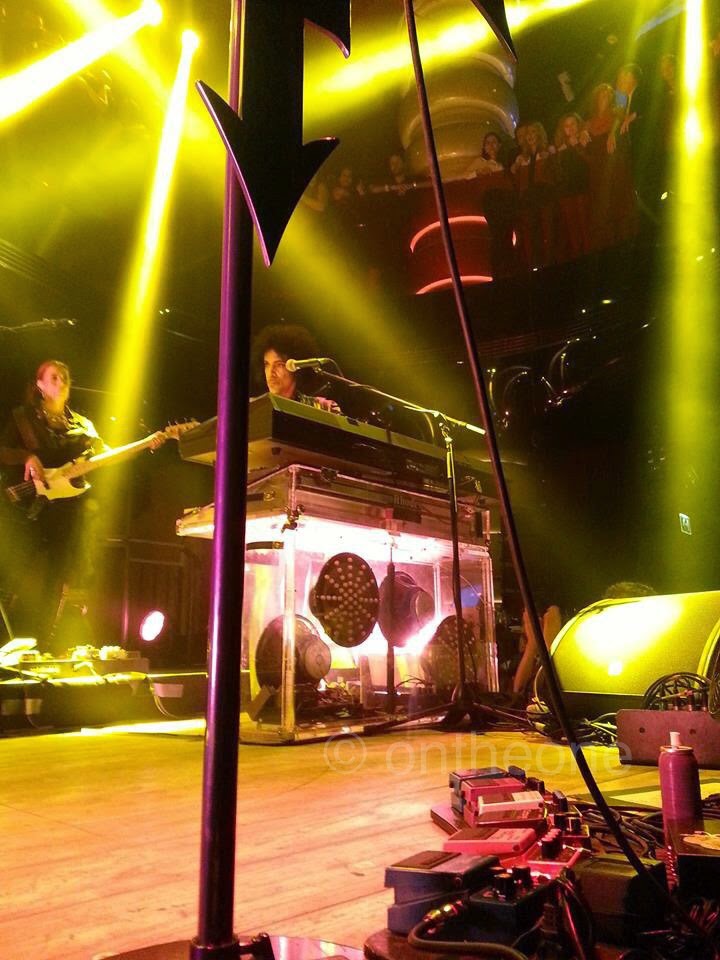 Its great to hear again about Prince and the band out on the road and wowing crowds around the world.  Next stop the Grammys?
We'd love to see more time given to the new material, especially Art Official Age which were teased in London.  Most of all we are happy to hear about Prince doing his thing and having, fun because time and time again this artist is capable of delivering the kind of experience that we didn't even realise we were looking for.

August 10, 2014
Prince is well known for his last-minute jams - but last night was really tight.  I think at most about 4 hours notice of a mysterious SuperMoon jam at Paisley Park.  Then 2 hours later the flyer above went out via @NPGOFFICIAL and @3RDEYEGIRL. Looking at the list of musicians and after seeing the livestream just a couple of weeks ago of what this band can do - If there was a way to get there - I would've been there in a heartbeat.  (Catchup with the session here ) Here is the first report that I could find online of what went down last night.... Report via  Motherfunka @ Prince.org "Tonight's event was held in the Love 4 One Another room. It started out with DJ, old school music. Then Marcus Anderson, John Blackwell, Andrew Gouche, and Xavier Taplin took the stage and played a jazz session. Prince was standing off to the left of the stage. They said it was all new songs that they had created the last 2 weeks. There were probably about 150 people there. After t
Post a Comment
Read more
November 23, 2018
Welcome to the second ONTHEONE podcast! In this podcast we talk to Sans Soucis. In a fun and laid back interview interspersed with clips of her material, rising star on the London jazz scene, San Soucis talks about the meaning behind the music, inspiration, integrity and the healing power of music and its role in community. Follow us on https://www.facebook.com/ontheonepodcast https://twitter.com/on_the_one https://www.instagram.com/ontheonepodcast/ You can find Sans Soucis on all socials under @sanssoucismusic and her material is available to purchase or stream from Apple Music, Spotify etc. under Sans Soucis and Sans Soucis Experience. Please support the music if you like what you hear. Solo debut single: They Asked Me To Stay https://sanssoucismusic.bandcamp.com/track/they-asked-me-to-stay social media links: https://www.instagram.com/sanssoucismusic/ @sanssoucismusic on every platform Hatred For Free (live session) https://www.youtube.com/watch?v=KuA0KSyJ
Post a Comment
Read more

June 01, 2014
Imagine you are walking past the back door of your favourite local grimy dive where THE best up and coming bands play.  The door has been left ajar and you hear the crashes of drums, strains of hard rocking guitars loosely colliding building an electric tension.  You don't know who is about to hit the stage, but there is a palpable tension in the air created just by the sound of this band slinging a guitar strap over their shoulders, stretching their fingers and warming up the drums.  This is what the beginning of the album "Suites" by the Donna Grantis Electric Band sounds like. You run around to get into the venue and as they hit the stage and the band launches into a hard rocking instrumental, reminiscent of some of the greatest moments of Led Zeppelin.  A driving rhythm section and wailing guitar that at times soars away, taking your mind with it.  This track sounds very familiar to you - is it Prince? You may have heard this track in a short video quite
Post a Comment
Read more