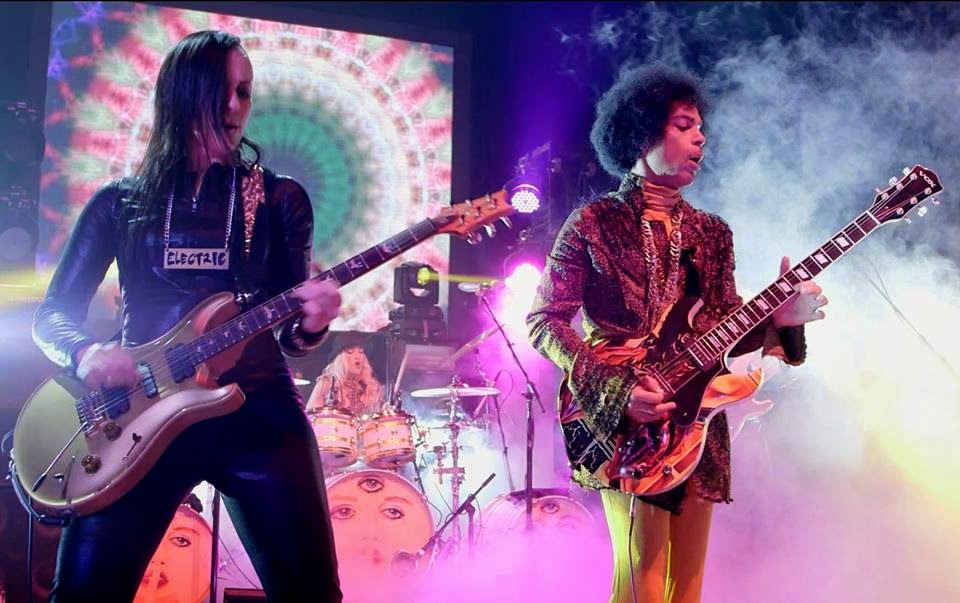 Imagine you are walking past the back door of your favourite local grimy dive where THE best up and coming bands play.  The door has been left ajar and you hear the crashes of drums, strains of hard rocking guitars loosely colliding building an electric tension.  You don't know who is about to hit the stage, but there is a palpable tension in the air created just by the sound of this band slinging a guitar strap over their shoulders, stretching their fingers and warming up the drums.  This is what the beginning of the album "Suites" by the Donna Grantis Electric Band sounds like.

You run around to get into the venue and as they hit the stage and the band launches into a hard rocking instrumental, reminiscent of some of the greatest moments of Led Zeppelin.  A driving rhythm section and wailing guitar that at times soars away, taking your mind with it.  This track sounds very familiar to you - is it Prince?

You may have heard this track in a short video quite a while back now by Madison Dube, posing the question "What is Plectrum Electrum?".  One of the first videos teasing Prince with his then new lineup of 3rdEyeGirl.  If you were excited by that clip and the subsequent hard rocking performances of Prince & 3rdEyeGirl across Europe and North America - there is plenty for you to love here.  That track that you saw in that video started life as Elektra, on Donna's album - and it will rock you.

The following track, ode to Aja, I also hear a lot of Prince influence in (as far as I know this album predates Donna's involvement with Prince).  If you enjoy Prince's guitar solos - you will love this - there are splashes of the echoey sound of Prince's rework of Crimson and Clover and as this track is still part of the first of two suites of music on the disc, it still carries through this Led Zep vibe - finishing up in a kind of psychedelic haze.

Things take a break from the hard rocking for a moment as we remain in the Elektra suite, but enter a blurry psychedelic corridor.  Sounds reminiscent of Prince's The War, then into a slow burning, bluesy jam for Isabella the Great - think The Undertaker.

For Isabella the Great (Part II) the guitars are switched into overdrive for some driving guitar riffage that would give Deep Purple a run for their money.  That sets the tone for the beginning of the next Suite (Starla Suite) and opening track, Gold Dust Vixen as which keeps up the pace before seamlessly melting into a sparse but euphoric rocker along the lines of Led Zep's Thank You.

My Purple Heart starts out with a simple but appealing blues sound that sweeps you away and then before you know it, the blues licks have given way to Hendrixesque virtuosity, which subtly subsides again to let the blues back in again for a little while until Hendrix's spirit washes in again like electric waves on the shore of the blues.  This track exemplifies a thread that runs through this album.  There are many ideas here, intertwining and influencing each other.  It never gets boring because while you might hear some recurrent themes, they are being stretched into new areas and subtly different styles which seem to be readily available to Donna at will.

The next track, Cosmic Jam, starts out slowly and quietly.  Light percussion sounds and thin sounding guitar exploring different ideas. As it builds we get a bit of reverb on the guitar and cymbals - it sounds like a pared back futuristic Pink Floyd instrumental track until, in the final moments, it transforms into something closer to a Led Zep Rockout.

The final track, Kid's got Moxie, has a funky rhythm section, distinctive lead line and plenty of virtuosity and drama thrown in.  Again, the Prince influence can be heard here the album ends with an almighty crash reminiscent of the end of Let's Go Crazy.

If you find yourself asking "When is Plectrum Electrum?" And you enjoy great instrumental music and artistry, I would thoroughly recommend checking out this Album. 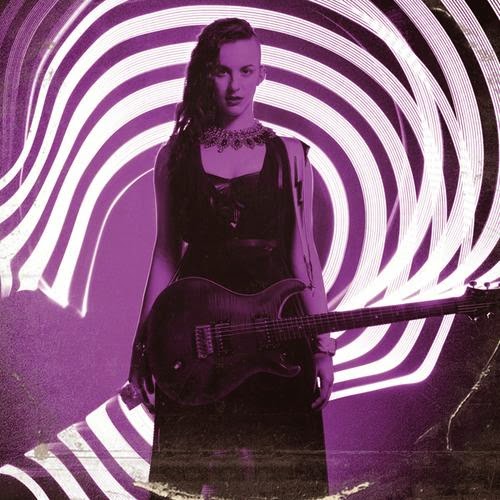 You can listen to a few tracks before you buy here

or Imported on CD here