Back at the Hippodrome 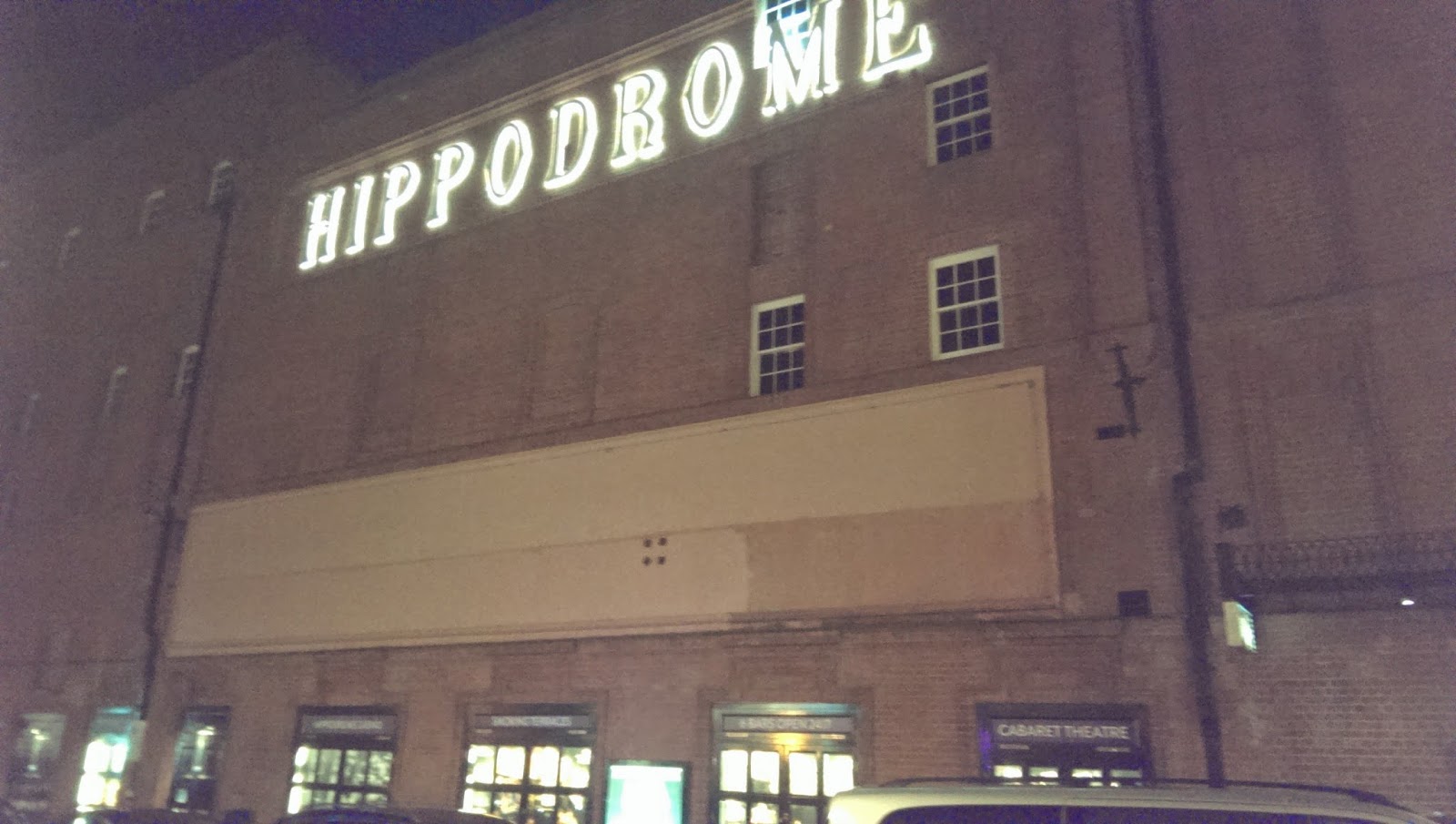 Report on the Roundhouse show 2 is on its way!  In the meantime.....

The aim of this post is to be an uncharacteristically quick description of events last night...

Heard about the private show happening (for those attending the UK premier of the movie Belle) at the Hippodrome, Leicester Square.  Site of one of my all time favourite aftershows by the way....

Went down there, thinking - meet up with friends, have a drink, probably no chance of getting in - but would be good to talk outside of zooming around to fan invented aftershow party venues / home after the Roundhouse gig.

Found a small gathering of purple people outside Hippodrome, hoping to somehow get in or see what was happening.

Went for a meal - completely chilled about what was / wasn't going to happen.

The Hippodrome is now a casino.  Like all casinos, security is extremely tight because of the money going around etc.  As me and Rob walked around the place after our meal - I felt sure that we must've looked like we were planning a heist and people whispering into their lapel mics would all definitely be talking to each other about these two people who were walking around checking the place out, not gambling or drinking.

After quite a lot of that and having a little drink - we had scoped out the process of guests arriving, getting a purple wristband and then either being escorted or going by the security guards who were stopping the general public going into the bar holding are outside the venue doors.  Eventually we tried various approaches to talk our way into the event which weren't successful.  At this point we had no idea where the other guys were that we had seen earlier.  I joked they had probably got inside!

Then after a bit we got a message from someone we had met earlier saying that they were inside.  We tried to find out more, but they were probably too busy enjoying their moment "in the zone".  We thought it could possibly be a wind up...

Still scoping around I spotted Donna's was there and he was chatting to Prince's guitar tech.  Exciting! I thought - the girls are probably here already.  After a bit Rob decided to call it quits - I thought I'd stick around.  At this point we were outside where the invited guests and artists were coming in and there was a big group of autograph hunters there who were keen to see people from the film or showbiz in general - not many knew that Prince was coming.

After a bit Prince's car rolled up and out he popped - I saw him get out and go inside the venue and then he seemed to just disappear - just like in the legends!!

After that I thought I'd go back inside and see what happened next.  Chilled out by the bar and then heard the opening chords of The Breakdown.  There were still loads of people that had purple wristbands being held outside.  I suspect that The Breakdown may have been played over the PA - but not sure.  I was thinking that I was missing that song from the recent setlists.  Then Take Me With You...  Still people were being held outside.  They seemed to be running it a bit like a theatre - only letting people in at certain quiet points - so even the people that had wristbands were outside for a lot of the show.

I tried my luck a few times with pretty much every person that was guarding a way in lol!!  The security must have been having a right laugh!!  But I was chilled and friendly and had no bother from them - just a consistent message that it was an invite only event.  After a few songs I realised that I could hear the show really well from the bar anyway - it was kinda funny to be in a casino and see people bobbing their heads to Prince playing live a short way from them.  There was quite a buzz in there actually as I heard people saying to each other "that's Prince playing up there!"

I walked over and chatted to one of the casino managers, I told him that I hadn't been to the Hippodrome since it was remodelled - it still has a lot of original features.  he explained that the big arch above the bar was the back of the stage (see pic below). Behind that was a "soundproof" wall which was letting the music flow nicely.  The audience were facing towards where were at the bar. 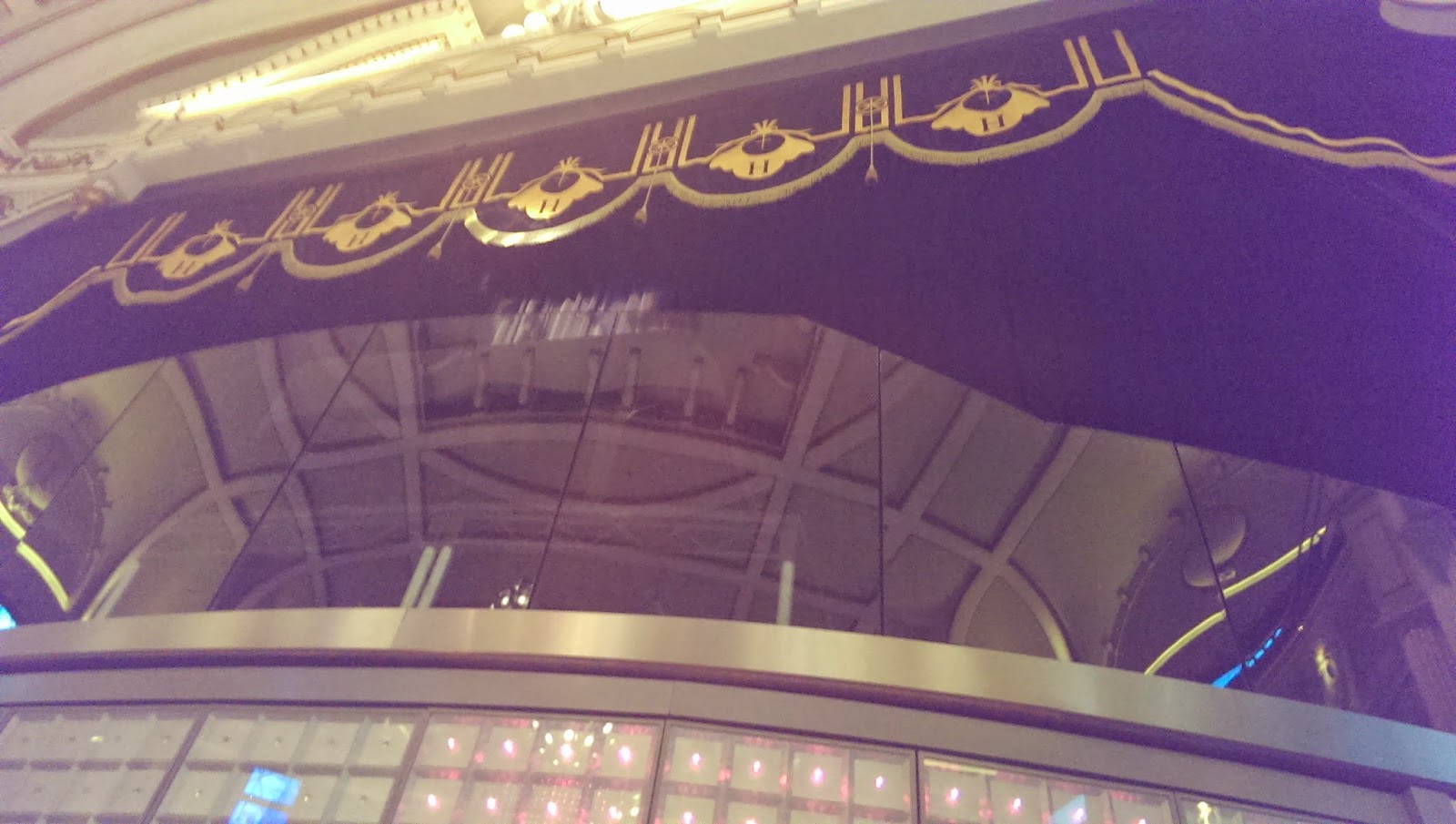 I decided to chill and enjoy the music and document the setlist for posterity :)

This is the setlist that I tweeted as the event went on (thanks Rob Staples for putting it into order from my tweets).

This is my favourite pic that was tweeted by someone that was in the gig... 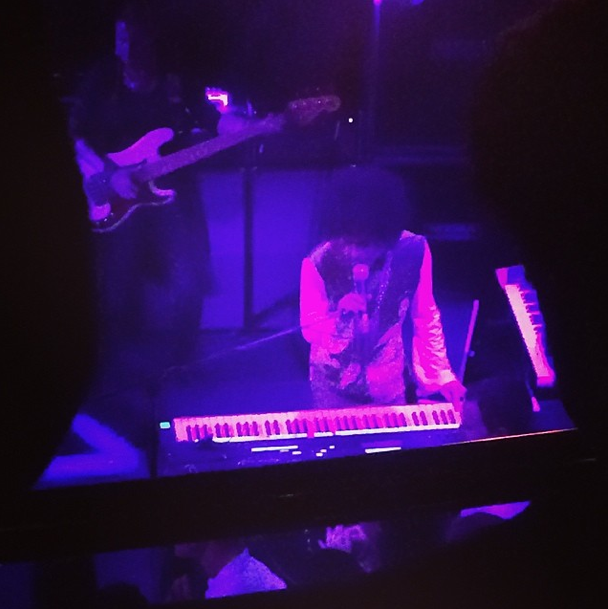 As I was there, I thought I'd have a little flutter for fun - I took as a good sign when the croupier handed me purple chips and indeed it was!

After the show finished I had a nice win and as the saying goes - quit when you're ahead, so I did.  Lots of people were coming out from the venue upstairs.  I popped outside and could see the trucks getting ready to take the gear out (pic below). 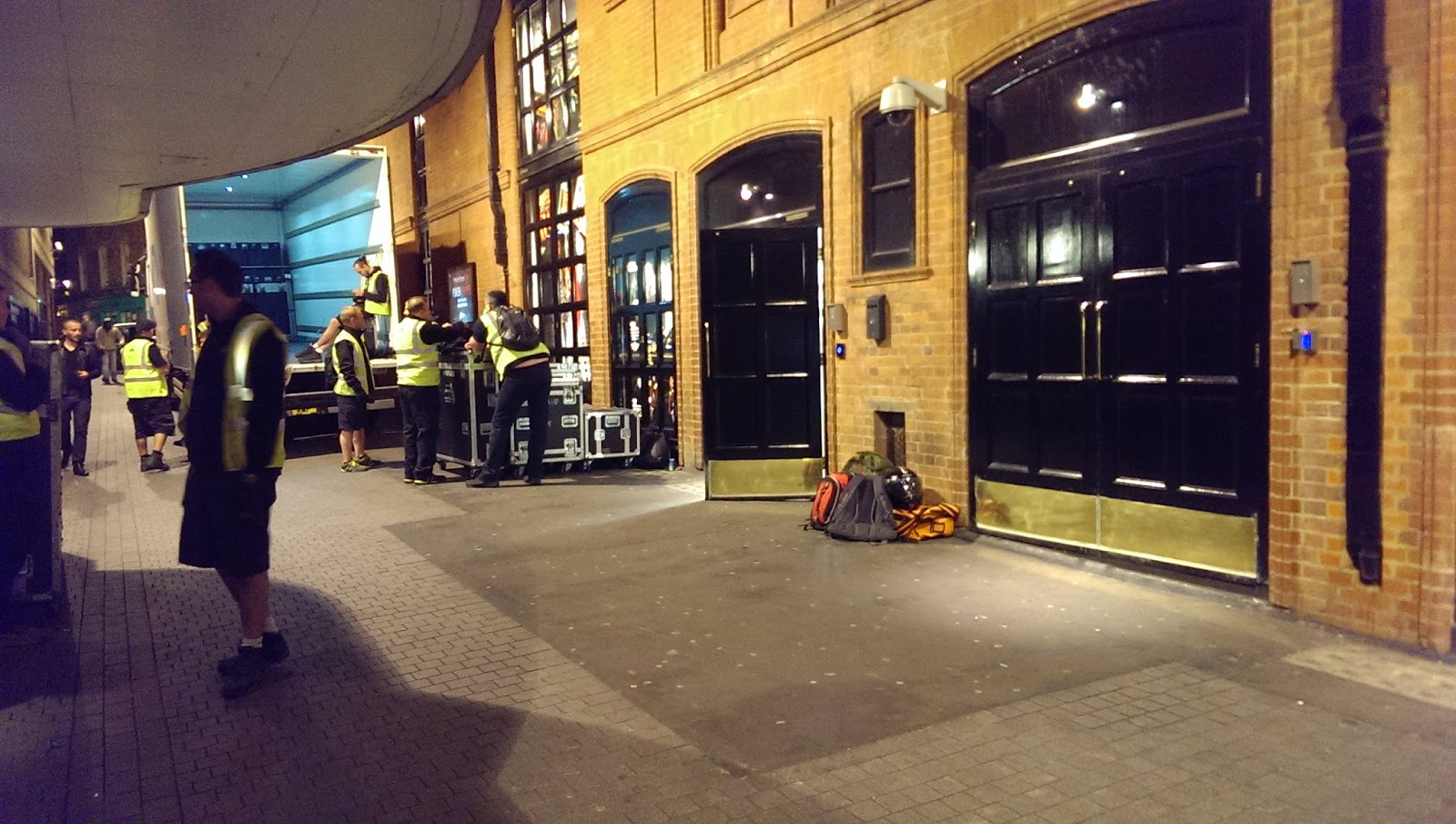 We may not have got in, but it was a fun evening any way and it was very cool to hear Prince play at the Hippodrome again