On my 9 hour flight to Minneapolis from London, I sat next to a lady who was born and raised in Minnesota.  We got chatting about why we were travelling, she told me she had just been over to Ireland to visit family and it was a bitter sweet experience as her grandmother was quite old now.  When I told her that I was making my journey in the hope of seeing Prince she laughed.

A peer of Prince (she was around the same age) and a teacher in North Minneapolis most of her life, she had the view that Prince thought a lot of himself and mentioned the whole name changing thing and that he should do more for charity, especially to help the schools of North Minneapolis, which she was very passionate about and said need a lot of help.  Her school had been doing really well in a deprived area and the school had been shutdown because the local council wanted the land to build new offices.  We talked a lot about these issues and it was interesting to hear from her about the way that schools worked in Minneapolis, in particular in relation to balancing the racial mix and bussing kids in from different neighbourhoods - things that Prince has talked about in his lyrics before (e.g. Sacrifice of Victor). 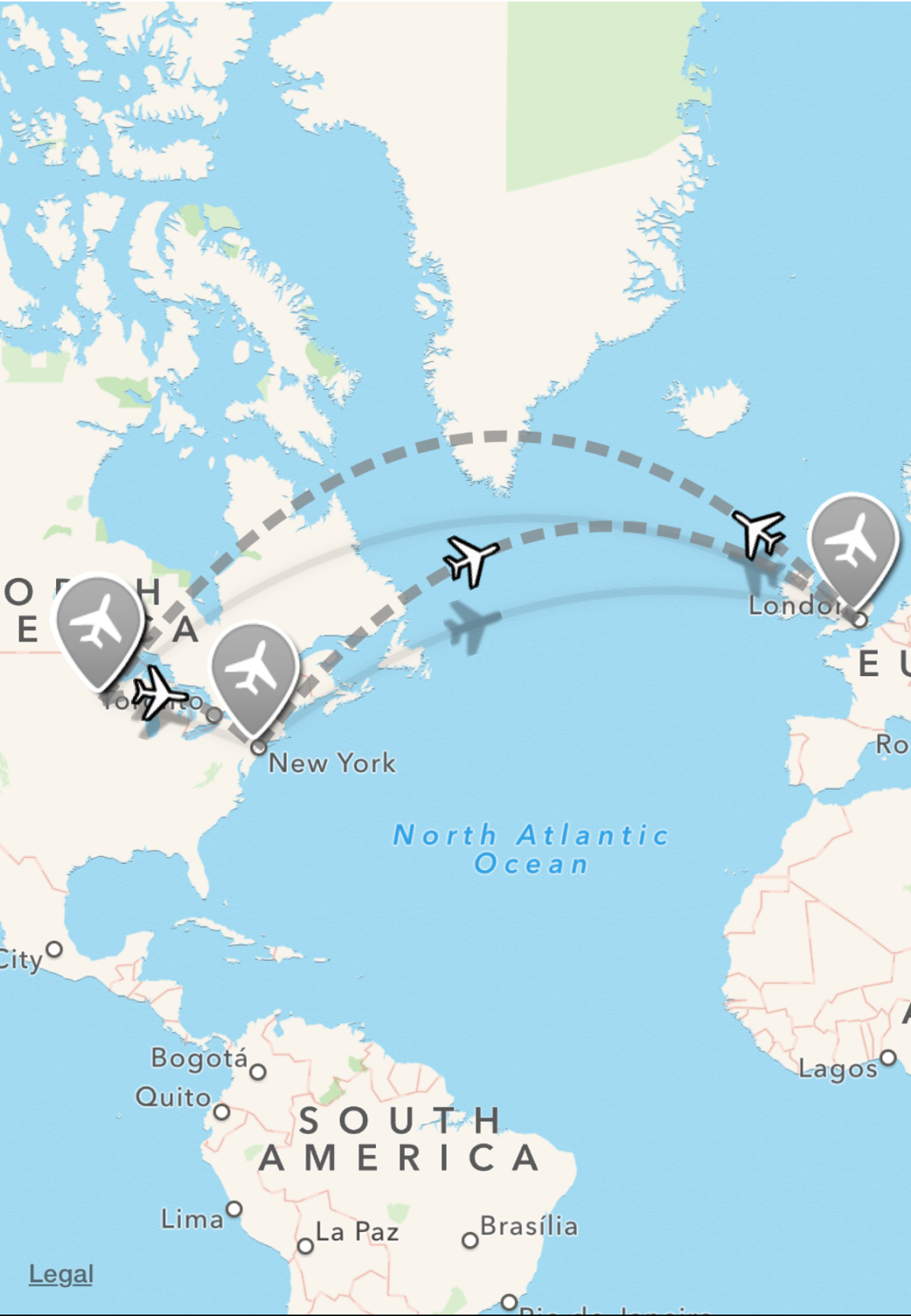 After a bit we talked more about Prince and the more human aspects of Prince's life.  Not that I know that much about that side, but I mentioned the fact that actually Prince has done quite a lot of charity work but doesn't make a big thing about it.  I remember that he had done some work for a local hospital back in the 90s and he did a benefit gig in London not so long ago.  I mentioned that Prince had focused on spirituality years ago and that his new records didn't contain any swearing.  She was surprised and thought that was a good thing.  I mentioned that he had 2 new albums out and she showed in an interest, so I played her Way Back Home.  After listening to this she, said "wow, that's quite moving - I may have to give him another chance!"

We had a good laugh - particularly she with me as I read articles about Prince, watched Prince videos and wrote about Prince during the journey.  She also taught me how to play Bejewled - which I may never recover from! 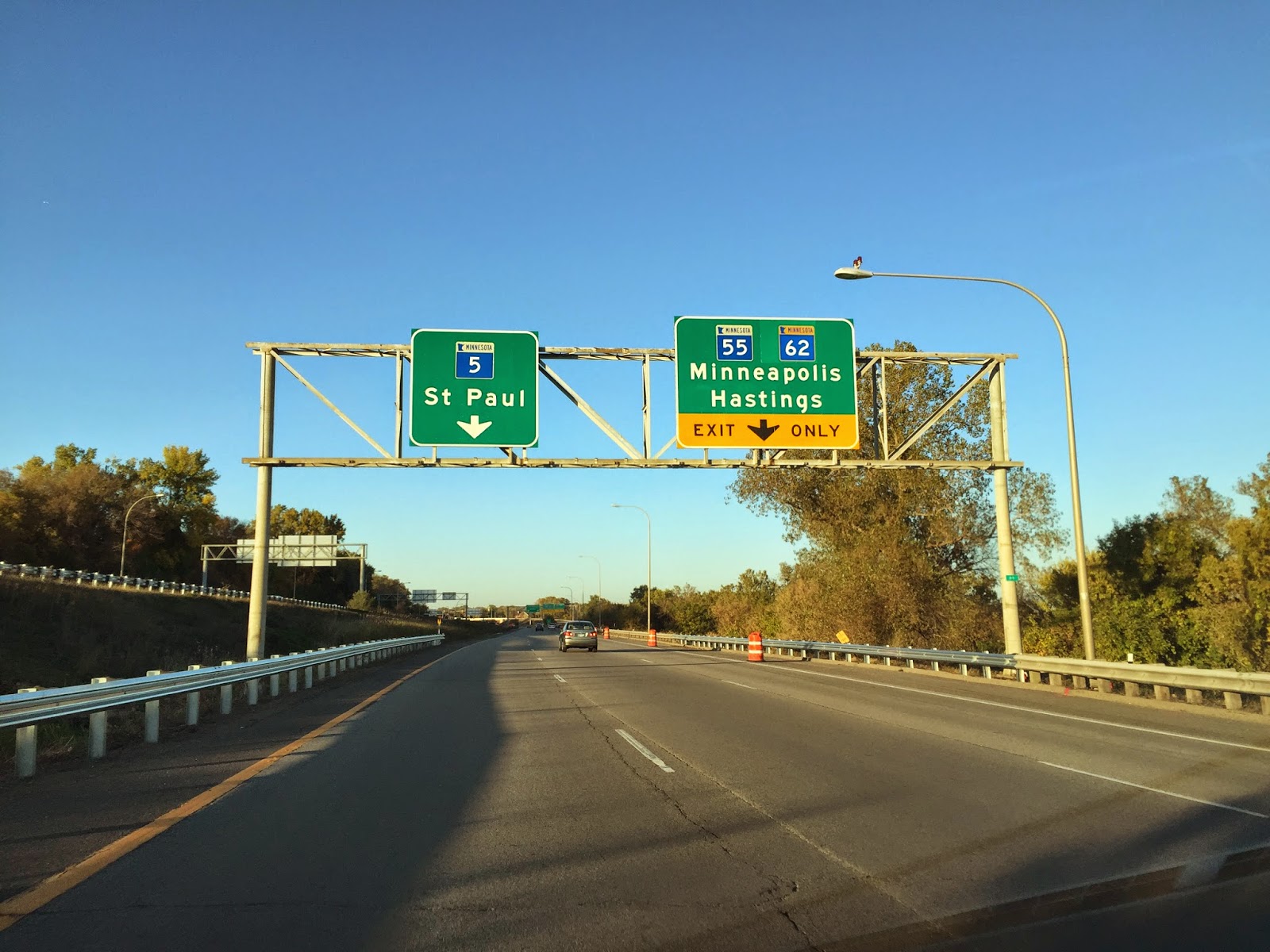 On arrival at the airport I picked up car - not quite a Little Red Corvette - more medium sized, red Volkswagen.  I found out where the nearest AT&T store was so that I could go and get a SIM card to stay connected to friends and family at home and to the new friends that I had been in touch with in MPLS.  The nearest store was in St Paul and I took a drive that was lined with the incredible colours of autumn trees, lining the banks of the Mississippi river. 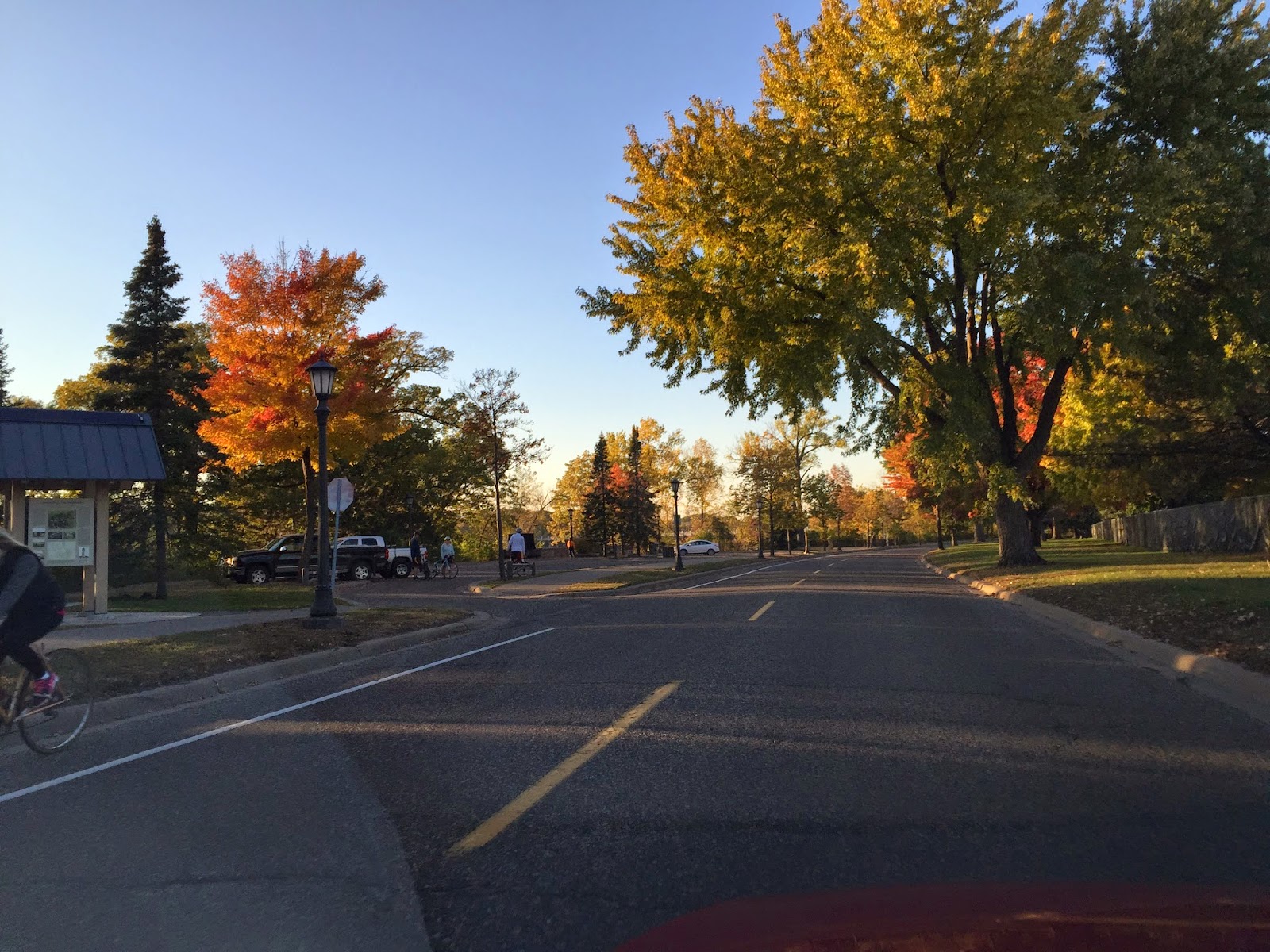 As soon as I got connected, I had messages from some really wonderful local Prince fans, welcoming me to Minneapolis and plans to meet in the evening.  There was a band playing in a local bar that would be doing Prince covers and ex-NPG members Sonny T and Michael B would also be there.  I had just done a 9 hour flight and arrived at 5:30 in the afternoon - but this news was exciting and I was ready for a funky night!!

After a little while catching up with things at home I was going to head back to my hotel.  I chose to stay 1/2 way between the Downtown area of Minneapolis and Paisley Park - so it was just a 15 minute drive from my hotel to The Park.  I looked it up on my satnav and it was about a 20 minute drive from where I was in St Paul.  After flying across the atlantic - I though why not do the extra 20 minutes - just to see Paisley Park before doing anything else.  The sun was already setting when I headed out, so I thought that Paisley Park would probably be lit up.  As you drive up to it on the freeway - you can see it right there.  I was surprised to be able to see it from the freeway like that.  It looked quite something all lit up. 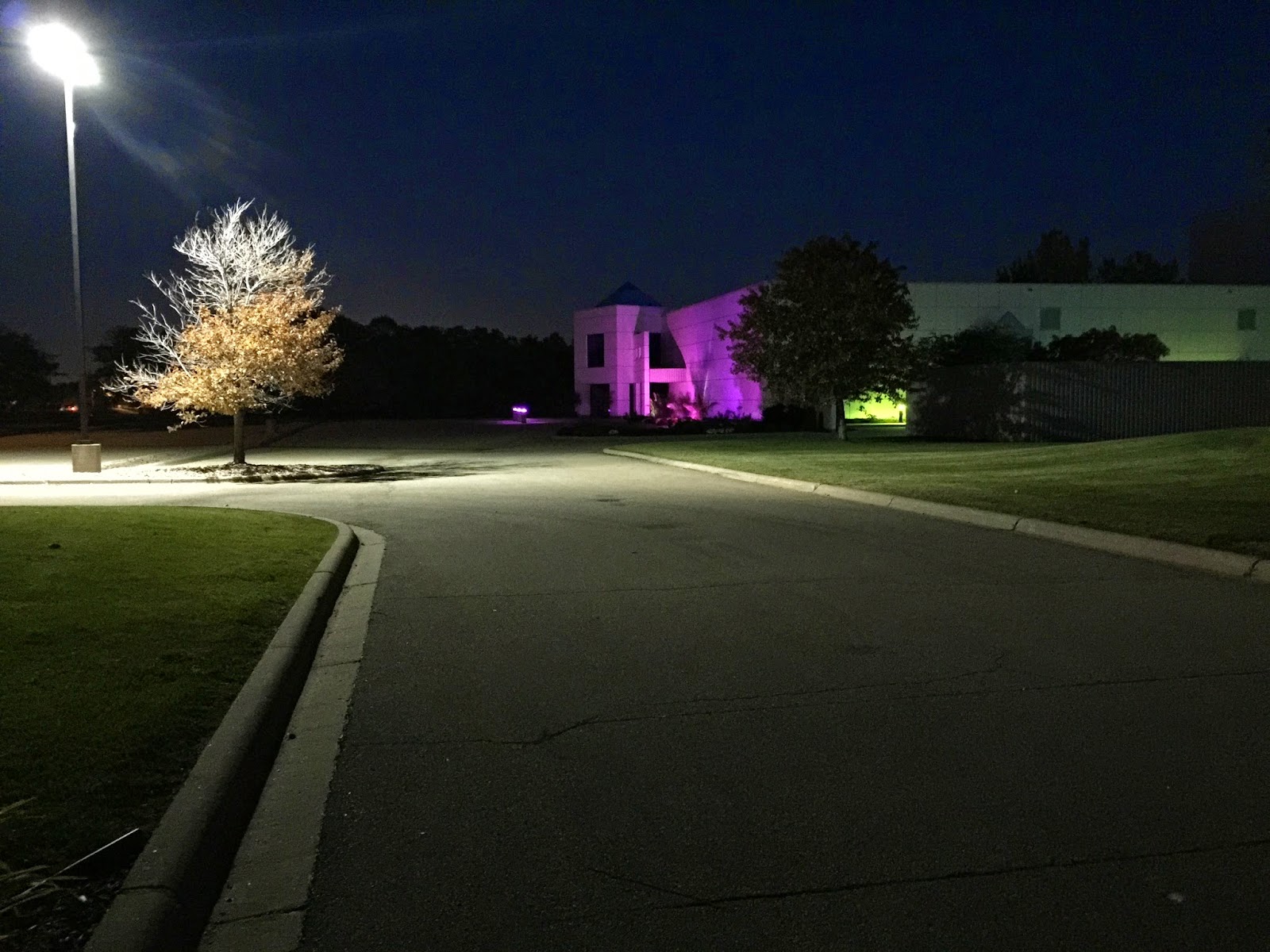 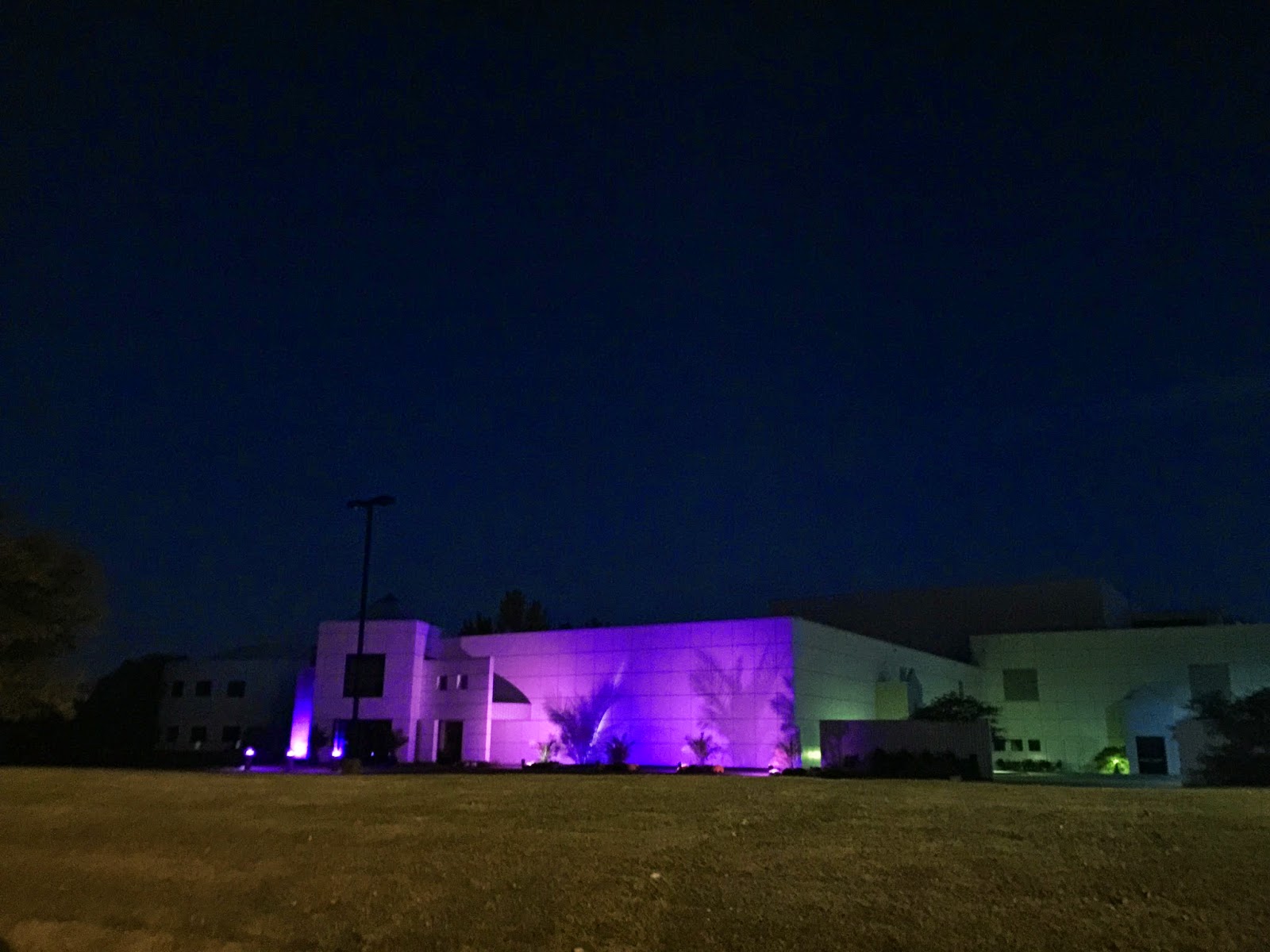 As I parked up the car I pressed something - I don't know what it was, but it made my car alarm go off and I couldn't figure out how to switch it off!!  I was pressing every button I could find to try and make it shut up.  I had visions of security guards running over to find out what was going on.  The last thing that I would want to do is cause any disruption or stress here - I've got nothing but respect for Prince and a love of is work.  I was panicking!  Luckily something that I pressed worked and I was able to get out and take a couple of photos outside.  It was a clear and warm outside and it really does look stunning at night.


It felt quite surreal to finally be outside Paisley Park.  It's funny isn't it how many Prince fans would like to come here or even entertain the thought.  How many bands or artists have a place where their fans feel like they want to go and visit to see where the "magic happens".

I think it's down to those lyrics that Prince put out into the universe in the song Paisley Park.  "Admission is easy just say you believe and come to this place in your heart, Paisley Park is in your heart".

This was just the start of what was going to be a very funky night and exciting adventure in Minneapolis.  The best was yet to come...

These pictures were taken from *outside* Paisley Park - in case you were wondering!!