May 22, 2014
Here's an insight into what went down in the run up to the Cafe de Paris gig.  Thanks to Rob Staples for this report.

Seeing as Marcus has so expertly captured the gig itself, let me share a bit of my experience about the run up to Tuesday night.... it was just as exciting as the twitterstorm of Hit & Run I and had a clutch of hardened Prince fans on edge for a whole week!!

I first heard the remote rumour of a secret gig about a week before on Wednesday 14th May - a link to a website had been circulated briefly and then disappeared. The public website was www.autismrocks.com and had a simple info flash: 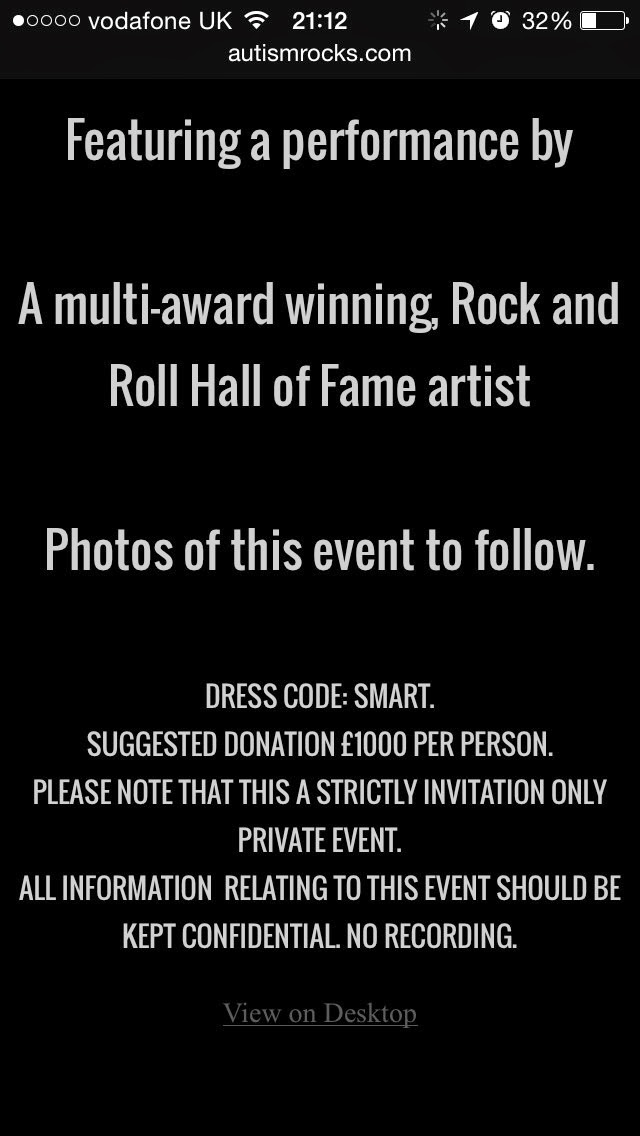 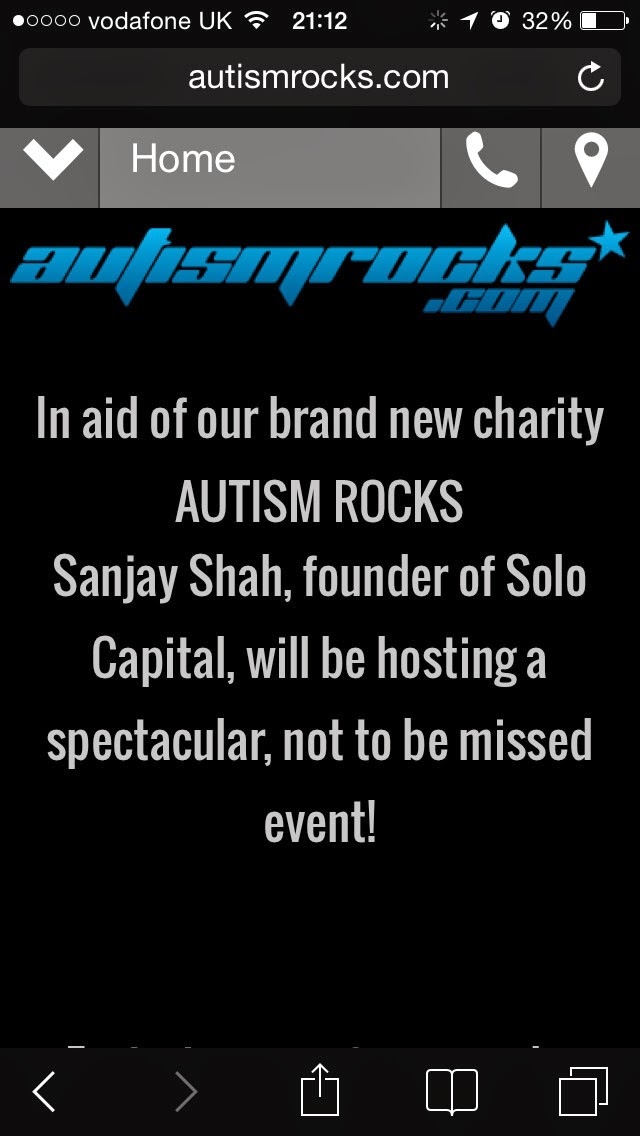 Any Prince fan worth their salt sees the words ‘Rock & Roll Hall of Fame’ and immediately makes a connection with Prince, with him receiving this legendary title back in 2004. Fans in the know also understand that Prince’s agent, Kiran Sharma, is a leading light within the British Asian community and that she is highly committed to fundraising for a range of worthy causes. Sanjay Shah is a legendary businessman and equally highly respected within his community, so it wasn’t completely out of the question that there could be a strong connection to Prince through Kiran. And Prince had strange gaps in his Hit & Run II tour the following week…

The website was basic, but that was consistent with Autism Rocks being a new charity. I noticed that there was a Home link, and low & behold there was a CONTACT link which took you through to a message board. I sat there at the end of a busy day at school (I’m a headteacher!)  and just thought well, you don’t get anything in this life if you don’t ask.  So I quickly fired off an email, telling them how much I supported the charity and sharing some the work we do with the wide range of autistic children at my school.  Amazingly, we had just run a whole school autism awareness week, so I shared information about that.  I then went on to share how, as well as my day job, I am a HUGE PRINCE FAN and it would be great to get an invitation to support the event. I was thinking, ‘I doubt anything will come of that, but at least I tried…’

Imagine my surprise when, almost immediately, I got an email from Sanjay directly thanking me for my support and advising that he would send over an invite including a way to donate and obtain tickets to the event!

Well you can imagine my reaction!! It’s probably best if I leave it to your imagination, actually… It involved lot’s of OMG s, ‘I can’t believe its’ and everything else from little yelps to screams of excitement!! I think the cleaners at school thought the head had finally lost it! Had I really been invited to a secret PRINCE gig??!!

With a weird nausea rising in my stomach, I clicked through the links and there was the first confirmation that we were definitely talking about Prince: 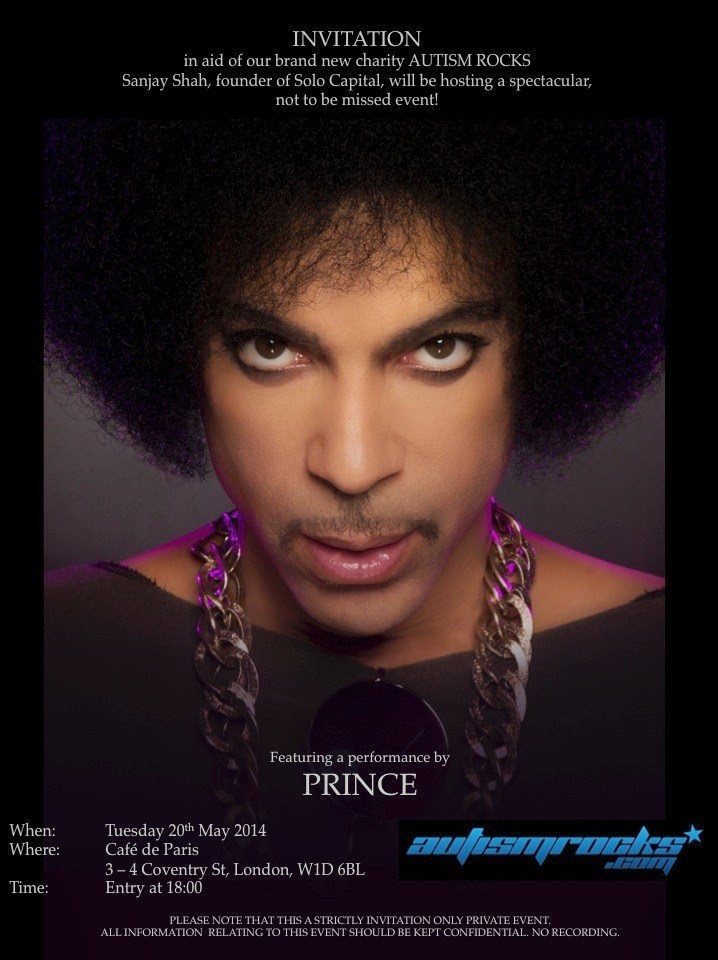 And there was Prince’s official publicity shot for the Hit & Run II Tour, providing an inviting backdrop to an information flyer.  With those amazing eyes twinkling knowingly at me, I tried to take in all the information as quickly as I could:
Tuesday 20th May – one of the strange ‘gaps’ in Prince’s UK schedule; he will have just done the second Birmingham gig and needs to be up in Glasgow for 22nd May. Prince is never one to hang about when he’s working.
Café De Paris – great venue, Prince loves it and has played there twice before, once in 1998 and once in 2007. Perfect for this type of intimate occasion.
I clicked through to DONATE and was presented with an option to …. Donate and get a ticket!!!

There were two pricing levels: one which matched the earlier information on the public website for the VIP section.  I know the Café De Paris and I knew that that meant sitting in a boothed area, luxurious, but away from the stage. There was no way I was going to pay that much… I had already spent about that this year on Hit & Run I & II combined. It just wasn’t possible.

And then my heart started really racing as I realised that there was the second option for general admission and access to main floor standing at a quarter of the price!  Really?  To see Prince in that intimate venue, at a private gig? And with the option to queue and be front row?  If I was saying my OMG’s earlier, now I had descended into expletives of joy! This was going to ROCK!

But there were a few problems. All over the information, everywhere, it said in big, bold letters ‘ALL INFORMATION RELATING TO THIS EVENT SHOULD BE KEPT CONFIDENTIAL. NO RECORDING.’ So I had multiple dilemmas, and I had to sort them out fast:

One of the reasons I am sat writing this here now is because I want people to understand how difficult this was for those in the know. We all had 10, 20 or more people that we could think of that we wanted to get to the party. But it was being made very clear to us that any breach of confidence would result in potentially losing our own chance.  So some really difficult decisions had to be made and they had to be made FAST. We didn’t know the venue capacity and all I had in my head was, ‘if this is anything like Ronnie Scott’s, these tickets are going to disappear in moments.’ This was NOT EASY and some people got it right, others might not have done in the heat of the moment. That’s life. It wasn’t that anybody didn’t want the whole Prince Army assembled…
So… within 10 minutes, I had called round, secured the commitment of two mates, and I bought three tickets with the last bit of money left on my credit card. An email popped back to confirm, with three e-tickets attached. WE WERE IN! 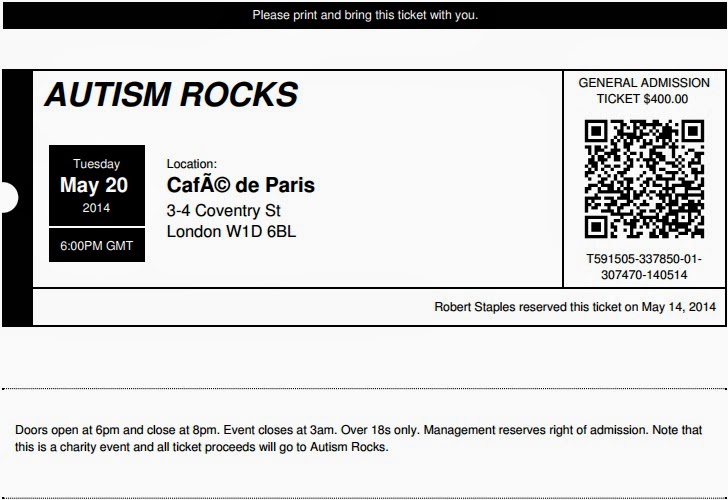 What then followed was a week of exquisite torture! To know that you are going to such an iconic venue, to attend an exclusive, secret gig, with great pals, to see …PRINCE …. And NOT TO BE ALLOWED TO TALK ABOUT IT!! Well that was pretty hard, I can tell you.  And then there were the moments where I began to suspect it was a huge scam and the paranoia set in… did the website really look genuine? Why did all the links disappear the next day? Why was the currency in dollars? And why hadn’t they spelt Café de Paris correctly on the flipping tickets!!


Of course, I had four Prince arena gigs to keep me occupied in the meantime, but that made it even harder. Seeing all your Prince Army pals and knowing that you couldn’t say anything; knowing that you were in and they weren’t… it was genuinely hard. A few hinted conversations here and there quickly established those that were in the know… ‘So what are you doing for the rest of the week, after Birmingham on Monday?’ was a good one… In huddled corners and private chat rooms, we were able to release some of our excitement and start planning logistics and stressing over dress codes. But it was all over-shadowed by the fear that it could be ripped from us at any point.  Don’t hate us for not saying anything – we were just following the rules and protecting the significant financial risk that we had all put on what could have easily been a complete scam.


So the day itself finally arrived – read Marcus’ sterling account of the gig itself below. It was just incredible to see the emotion of the performance up so close. It's only really when you can see into the whites of Prince's eyes that you start to get a proper sense of the craft of his performance; clocking each crowd response, anticipating where to take the vibe next and allowing 400 people to enter his soul. It's his capacity to deep create empathy through music which never ceases to astound me, and being there to see it from 5ft away is an indescribable privilege. You might think ‘lucky bastard’ but it wasn’t just a dose of good luck and help from my friends that got me stood in that spot – it was also through quite a bit of hard work, financial commitment and focusing of my priorities & time to pursue my love for the Man.

Your day will come.  The only LOVE there is, is the LOVE WE MAKE!